It’s no secret that when you choose to self-publish your content, you’re no longer considered vain or a loser because no main stream publisher would publish your book. Self-publishing is a smart decision for many online entrepreneurs and business owners who want to move fast and retain control and profits from their work.

The trend towards new ways to publish and build credibility and visibility with your work, is one reason Ellen Britt and I launched The Future of Ink last year. It’s also why we’re presenting the inaugural Digital Publishing Online Intensive (DPOI). 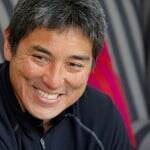 The Keynote Speaker for DPOI is Guy Kawasaki, author of the new bestselling book, APE: Author, Publisher, Entrepreneur – How to Publish a Book. Guy is the perfect choice to kick off the event. If you’re the least bit interested in how you can capitalize on the self-publishing trend to get your message out to the world, then I recommend you pick up a copy of APE (or get it as a bonus when you register for DPOI!).

If you’re not convinced self-publishing is the way to go, maybe Kawasaki’s infographic below will change your mind…

On January 27th of 2011 the world of traditional publishing was turned completely and permanently upside down. While the inhabitants of the New York publishing houses wept, authors (and would-be authors) worldwide were dancing in the streets. 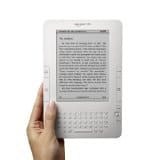 That was the day book and retail giant Amazon.com announced sales of Kindle ebooks had overtaken sales of paperback books. The Kindle format had already surpassed hardcover sales some six months earlier. And not only that, this latest sales milestone had come months earlier than Amazon CEO Jeff Bezos had expected.
So why were the traditional publishing houses so unhappy?
Well, if you have ever had the experience of trying to get a book published the old-fashioned way, you need no explanation. If not, then suffice it to say that the old, well-established publishing houses,  located almost exclusively in New York City, held the keys to the kingdom…
Including whether they would even consider accepting you and your book, the terms of the contract and the miserly amount of money they would pay to you for your trouble.
With the rise of the Amazon’s Kindle and to a lesser extent, Barnes and Noble’s Nook ebook reader platforms, those keys, once so tightly clutched in the palms of the insider few, have now passed to the hands of you, the author.
As an author, you now have almost complete control, plus the  opportunity to get your work in front of readers in a way that has never before been possible in the entire history of book publishing.

END_OF_DOCUMENT_TOKEN_TO_BE_REPLACED

Due to the intense amount of interest in publishing and self publishing, revealed in the comments on my post about Poke the Box, I'm reprinting info and a link to a webinar replay about how to self-publish your books on Amazon's Kindle site…

You know that Visibility = Opportunity and what could be better than being visible on one of the biggest sites on the web? Wouldn't you like to get your content published on Amazon.com? You can, it's easy to do. I recently hosted a webinar with Daniel Hall of Real Fast Book. He presented a step by step tutorial on how to publish your ebooks on Amazon's Kindle platform. He did not leave anything out and by the end of the webinar anyone could publish their content. In fact one of my clients posted a note on Facebook the following day letting me know in fact she had done just that. END_OF_DOCUMENT_TOKEN_TO_BE_REPLACED