You are here: Home / 5 Things / 5 Things…Earthquakes, Vikings, Facebook, and the Moon
30shares 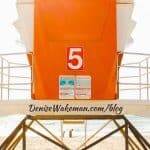 On Friday evening, July 6, 2019, we were rockin’ and rollin’ in California. Even though L.A. is 150 miles southwest of the epicenter in Ridgecrest, the earthquake rocked us. It’s been quite a while since I experienced an earthquake. It made me grateful that my apartment building had gone through an earthquake retrofit last year!

Here are 5 things I read and watched this past week:

1. Following the earthquake theme, I immediately turned on the local news and sure enough Dr. Lucy Jones, the earthquake lady was doing a press conference and explaining the science of what had just taken place. She’s a local celebrity and has a knack for explaining complex seismic science so a layperson like me can understand. Here’s an interview with Dr. Jones from a couple of days after the 7.1 quake.

2. Eight buildings designed by Frank Lloyd Wright were designated UNESCO World Heritage sites. One of them, the Hollyhock House is in Los Angeles. I have a circle of friends who met each other when they volunteered as docents at the Hollyhock House in the 1980s. Pretty cool that it’s now listed right up there with the Taj Mahal!

3.  This story about Viking boat graves uncovered by Swedish archaeologists caught my eye because 1) it’s archaeology, 2) it’s in Sweden and 3) the site is in Uppsala. My sister is married to a Swede. They met when they were both in grad school in Uppsala and got married there. It’s a beautiful town not too far from Stockholm. I spent two weeks there and it’s got special memories for me. And an intact Viking ship with human and animal remains sounds like a really cool discovery!

4. Apple Cofounder Steve Wozniak Says Most People Should Get Off Facebook Permanently. I’m hearing this more frequently from colleagues and clients…they want to leave Facebook for a variety of reasons including lack of privacy and feeling manipulated by the tech giant. I moved one of my private groups off of Facebook last year and spend much more time now in our private community without the distractions of ads and fast-flowing irrelevant content.

5.  Finally, I can’t recommend this enough… I watched the first episode of Chasing the Moon on PBS. You can watch it here, online. It’s the history of the space program and race with the Soviet Union to be first to the moon. The first episode shows what was going on in the 1950s and 60s, JFK’s call to action, the flight testing at Edwards Air Force Base (where I was born and my father was a rocket engineer), then the first manned flights. I’ll be watching the remaining episodes over the next few evenings.

What have you been reading, watching and listening to within the last week? Please let me know in the comments, below. And, feel free to share the post with your friends and colleagues!

Denise
You Guide To Better Visibility on the Web

This post was originally published as an email on July 12, 2019.

Click here to catch up on all published 5 Things emails.

Photo by Reinis Birznieks on Unsplash